Showing posts with the label Zanetti train
Show all 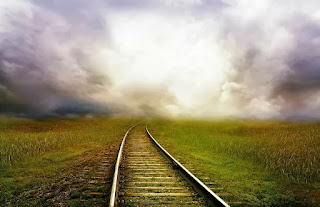 Are you aware of the missing Zanetti train? If not come let's know the mystery about it. In 1911, the company named Zanetti manufactured a train with two compartments.  It's named as Zanetti train. To advertise their train, they made a announcement to the public that they can travel in that for a free of cost along with free beverages and food. Many people wished to travel in that train. But only 100 passengers were selected. On July 14,1911 the train started the journey from Italy with 100 passengers and 6 officers. A total of 106 passengers traveled in that train. The destination of that train was Rome. Their journey started. After sometime, when the train reaches the funnel, the train disappeared. As the train doesn't reach back, the investigation started. They didn't get even a small part of the train. What would have happened to that train. Any guess?  After few days, one man came up saying he knows the mystery of that train. He said he was one among those 106 pass
Post a Comment
Location: Italy
Read more
More posts